Pareidolia (or, Why I Saw Pac-Man Everywhere In 2020) is my game-essay entry for the Critical Distance pandemics and games essay jam which was held in early 2021.

pah-reh-dolia
the psychological phenomenon where we see recognizable shapes in clouds, rock formations, or otherwise unrelated objects or data

This short Bitsy game shares the connections I felt between Pac-Man and that weird year that was 2020. And please don't come away from the game thinking that I hate Pac-Man; I still have a great fondness for the pucky little game.

As with my other Bitsy games, Pareidolia was another attempt to push the engine as far as I could. This time I delved into modifying the javascript engine code itself. Which is, I suppose, the Bitsy equivalent of wall-hacking but it proved to be a nice way to work.

(I thought I might be first to emulate Pac-Man in Bitsy, but no; Em made this incredible hand-linked 800+ room Bitsy game.)

If you liked this, please check out my other Bitsy games; Cinerarium (of Solaris) and The Solivagants.

Thank you for the game

this presented a really interesting perspective to me, as i had been oddly obsessed with pacman generally in 2020 but i had never connected it to avoiding people during the pandemic. i have joked about traversing grocery stores being akin to a stealth game, however. i'd also like to add that this bitsy is really technically impressive, good work!

How did you do moving objects on bitsy?

1. The way I did it in both of my earlier Bitsy games was to create multiple rooms, position the objects in different places in each room, and then link the rooms together with exists so that the objects look like they are moving but you're really just changing rooms. In fact the side-view scene with the bus in this game is achieved with that method.

2. But I decided to try something different, for the most part, with this game by directly modifying the game's javascript code. I set up a "step" variable which increases each time you move, and I change the position of the room's sprites according to that step value with each step. It turned out to be quite a usable approach for achieving a large number of pathed objects across many different rooms.

Wow, that is surprisingly easy to find out.

Thanks Adam :D
(and thanks for all your work on Bitsy too! it's a lot of fun)

Using the feeling of getting sandwiched by ghosts in pac-man to capture the anxiety of avoiding people who don't seem to give a shit during a pandemic is honestly fucking brilliant.  Gorgeous art too. 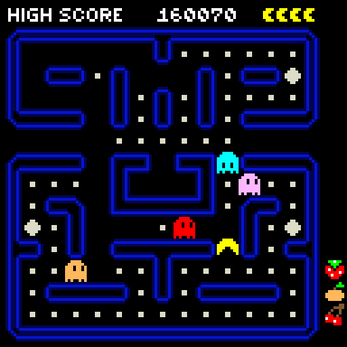 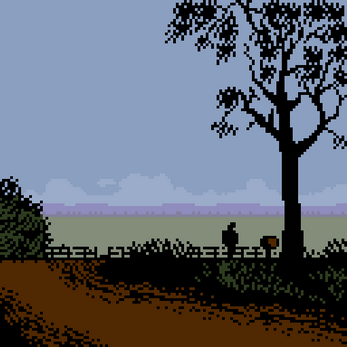